The latest report from the IPCC once again warns us on the effects of climate change, its global impact and its’ inevitable consequences. The temperature of the earth may rise up to 5 degrees, resulting in a regression of the beaches by possibly 500 meters due to rising sea levels caused by melting ice-caps. This increase in temperatures will cause severe droughts, with populations being affected by the resulting reduction in drinking water and food.

Rajendra Pachauri (Nobel Peace Prize winner in 2007 and chair of the IPCC). States that the least developed countries „will not survive the consequences of global warming“. Reading the words of Rajendra, one could question whether Spain is a developed country?

No-one doubts this however it is assumed that Spain, as a democratic country and a member of the European Union, must not allow private interest to override the common good. Since it can no longer deny the reality of climate change and its inevitable consequences, it is expected that the government of a developed country such as Spain will be taking the necessary measures to prevent this catastrophe from happening. 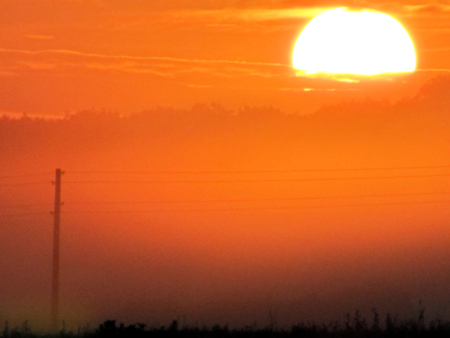 While the country is already beginning to take their first steps to refer the report of the IPCC, the decision to make cuts of about 1.671 million euros in clean energy such as wind, solar thermal and PV by the Ministry of Industry, Energy and Tourism is beginning to bear fruit.

The technological development of these energies in recent years may lead to reduced emissions of greenhouse gases into the atmosphere, reduced need to import fossil fuels and collaboration for training within jobs. These cuts will prevent new parks from being made, and other parks being stopped altogether, while also leaving people out of work. Furthermore, as part of the new energy reform, the Government has decided to privatize the fotovoltaic energy (privatize the sun).

Grants formerly given by the government to promote self-sufficiency and to thereby produce their own energy have been changed by the imposition of additional tolls. These tolls are justified as a way to eliminate the tariff deficit and thus do not address the real cause of its generation. Only blaming renewables and retrospectively making an end to support their developments. Besides tolls, the produced energy is poured into the network, without any form of compensation, so that energy charged by the distributor may be sold back at the same market price. This makes self-produced energy at home or by small farmers viable, while impeding the consumption benefits of only the major energy producers and those leaning towards fossil fuels.

Reactions to energy reform in Spain:

Are we really a developed country? A country where we help our citizens and where we think about the future of these problems? Or are we a country manipulated by five companies who only think about themselves and do not want their profit margins affected and also do not care what the Intergovernmental Panel on Climate Change (IPCC) has revealed in its latest report? I’m beginning to doubt it. These five companies: Endesa , Iberdrola, EDP , Gas Natural and E.ON, are integrated into the unESA association. They are well known because of various Spanish former ministers and presidents who have be appointed on the boards once they are removed from the political forefront. This invites us to think that this new energy reform has not been decided by the government, or for the common good of the citizenry, but only about developing a platform whereby these 5 companies can gain the greatest benefit for themselves. These five companies are the ones who govern us. We are not a developed country where citizens and the future of the country counts. We are not a country where democracy is its ideology, and we are not a country that is doing everything possible help prevent the predictions presented in the IPCC reports.

It is important to reform the energy market to help a regression for the events to come. Support energies sources which reduce emissions of harmful gases into the atmosphere and not enriching the pockets of only a few. If we face these difficulties that come along, we must cease to be an underdeveloped country and start acting and thinking globally.

Eine Antwort auf „How is Spain reacting to the latest IPCC report?“