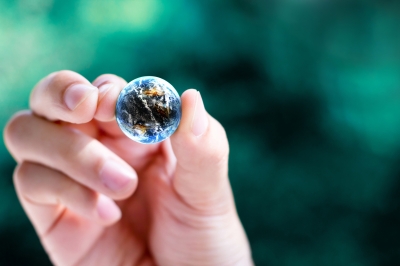 What a remarkable achievement!
Our fast-paced society has now reached the moment in which it is too late for slowing down.
Dennis Meadows had already warned us in his controversial book of the 1970s “The Limits to Growth“. Nowadays, 40 years later, he observed that we reached from “below the limits” of reclaimable earth resources until “above the limits”.
The only way open to us is not to slow down but “back down under the limits”. This would mean the exact opposite of our contemporary desire for growth. By defining growth, Meadows is primarily talking about industrial and physical growth and in this sense he claims that we have to change our cultural attitude because “growth is not the same as human progress”.
In fact, growth can be quite the contrary of human progress, which will be reflected very quickly by the fatal effects of the exponential function of our economic growth in the next 30 years if we continue like this.
One might argue this problem can be solved by developing new technologies. But they won’t substitute a change in our cultural awareness, because first of all we have to realize that technologies are not only for achieving growth.
So the only chance is to use our technological knowledge for building up a new system of natural resources (“new resource structure”), as Ugo Bardi, member of the Club of Rome, points out.
In this context, the right way of using fossil energy should be, investing it into a new society which is not based on fossil energy. Therefore: “Fracking is not a revolutionary technology”, a real revolution would be to use existing technologies in order to conserve real renewable energies.
Just using our technologies in the right way sounds easy, but referring to Meadows point, in order to reach this we need a change in our cultural identity.
One problem is that our cultural perception is influenced by mass media, which can blur the reality. A more scientific based form of communicating might be better. In this context it is „the duty of scientists to communicate comprehensibly to the public“ as Bardi argues.
The best would be that media and scientists cooperate. Scientific enlightenment through an effective use of media would be the first step to a future civilisation which is based on a new resource structure.
Indeed, going back down to our limits would mean a step backward for our industrial economy, but at the same time it would be a step forward for new societies.
Authors: Sabine Wieman, Thomas Klein, Nora Eifert